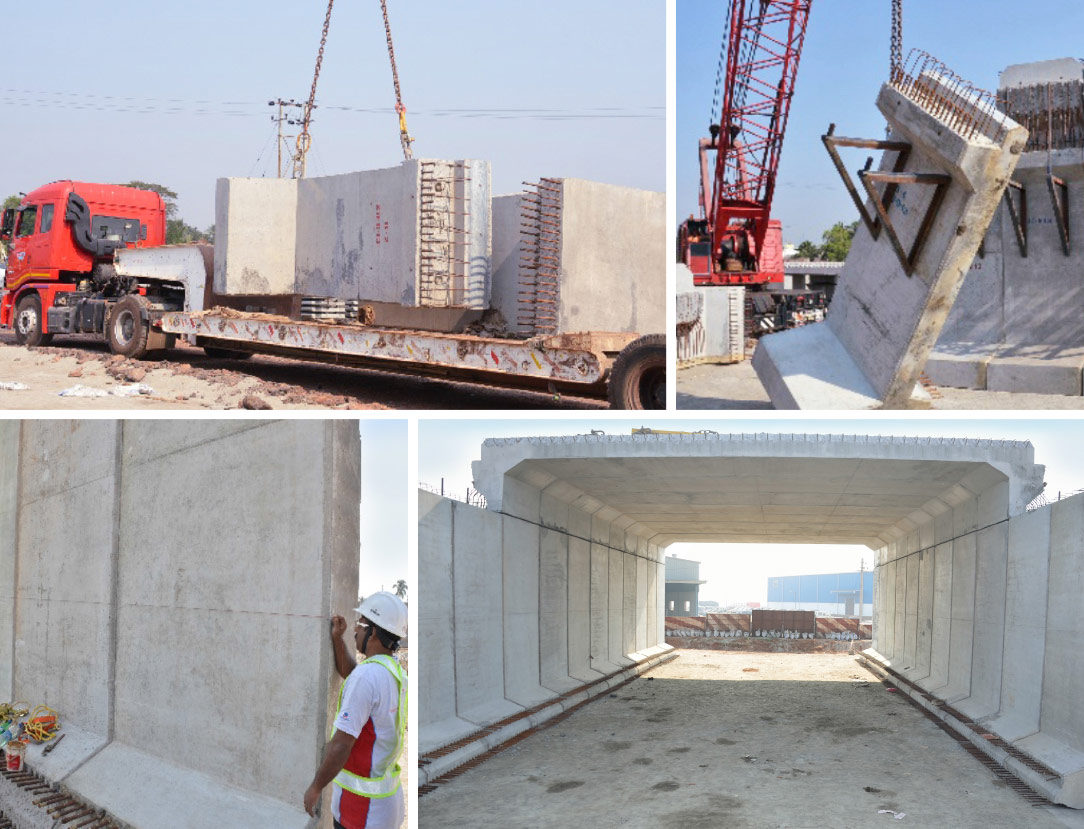 TechBox™ structures were constructed in four locations of the Chandikhole-Jagatpur- Bhubaneswar section of NH-5 in the state of Odisha, India. The use of precast TechBox™ structures was chosen over conventional cast-in-place vehicular underpasses to expedite the construction schedule and obtain better quality control, which typically become issues in conventional systems.

This was a project undertaken by Terre Armée in India for their client, RKD Construction Pvt Ltd. The project took off after extensive technical discussions between the client, consultant and Terre Armée in India. Finally, TechBox™ was adopted as it proved to be a commercially viable solution and also promised savings in construction time under the given site constraints.

TechBox™ is an innovative solution to meet rapidly growing infrastructure demands. Availability of land was a constraint considering the tight project schedule. The idea was to construct the structure quickly as and when land was available for diversion of existing traffic. Therefore, time was a big challenge in this project. Lifting and installation of heavy precast units with all safety measures, besides running traffic, was also a notable challenge.

In a comprehensive design process, Terre Armée in India used its in-house technical know-how to custom-design the requisite cross-sections for the project. As part of the design, the moulds were customized to meet design specifications. The clear opening size of the box was kept the same as in tender specifications, which was 10.5m wide and 5.0m of clear height. The lifting system was also designed to ensure safety during demoulding, shifting and installation.